Dr Turner studied Medical Sciences at the University of Leeds gaining BSc with honours in 2005. He went on to study postgraduate medicine at the University of Warwick. During this time, he won the Schools Prize for cardiovascular physiology. Graduating in 2009 he began post-graduate training in the West Midlands.

Following completion, he then practiced internationally at the renowned Sir Charles Gairdner Hospital in Perth, Australia. Upon returning to the UK, he undertook formal training for General Practice and was awarded MRCGP in 2017.

Since that time, he has worked extensively across both public and private sectors covering local surgeries, hospital A&E units, urgent care and Medical Insurance. Within his practice he has developed a special interest in Men’s health and joined H3 Health in the spring of 2021.

When not working he likes to engage in ruining a good walk by hitting a few golf balls or being bossed around by his “cute but very decisive daughters”. 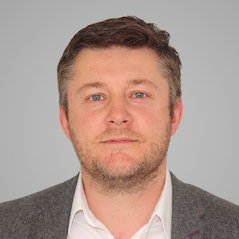